This article is about this amazing picture, of 3 pug dogs with one balloon dog.

Yes, I know, it took you a few seconds to realize that there was also a balloon in the picture (:

So what was there? How did this image planned and designed? And why has it become a story of an international success?

Behind this picture there are 2 persons: Balloon artist Barak Dagan, and the photographer Ilan Sapira (who is also the father of the dogs)

Meet the balloon artist and the photographer 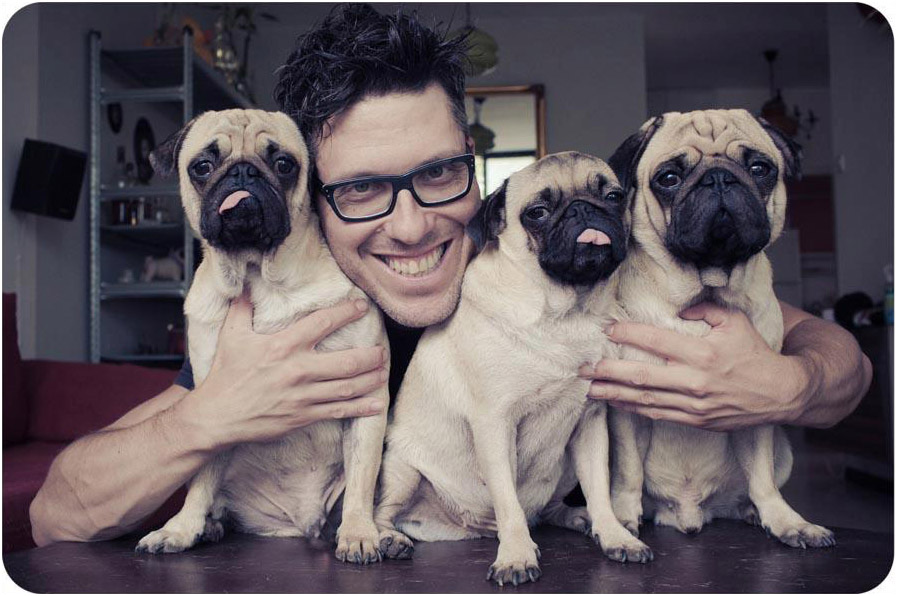 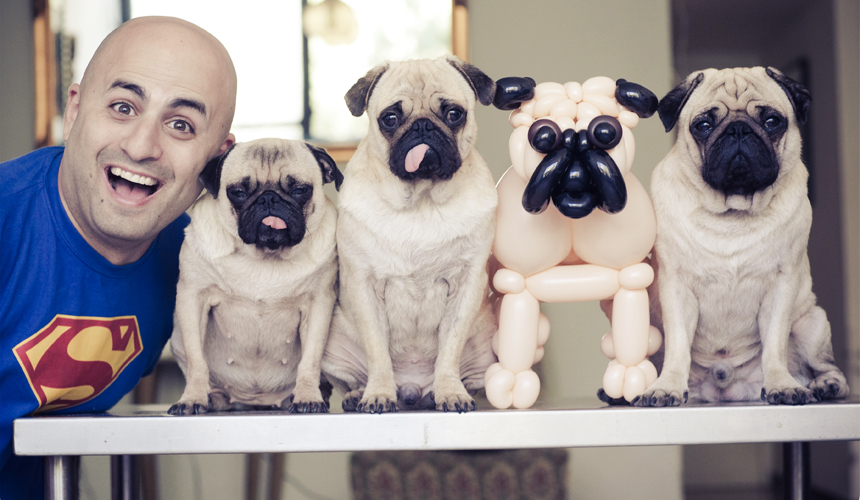 Ilan and Barak met each other on a wedding: Ilan was the wedding’s photographer and Barak created balloon hats for the dancing floor. Since then they became friends.

One day they have decided to create a creation with dogs and balloons. “It was clear to me that it would be fun”, said Barak, “and that the combination of the two of us could only create a beautiful creation”.

This combination of three pug dogs brought me the idea of ​​incorporating a “balloon dog” into the picture. After all, there’s no one who does not think of a dog made of balloons when they think of balloon animals!
“We set a date for the shooting, and I began to design the dog”, said Barak

When people look at this picture, they can not imagine what happened behind the scenes.

Most of the people think it took me five minutes to create this dog (well, how long does it take to make a balloon dog?) And that the dog I have created is so similar to the original pug dog just because I am talented and creative.
Today I understand that there are also many researches about it, that shows perseverance, consistent learning and practicing are far more important than talent! People who achieve extraordinary achievements are usually those who were very determined, trained a lot, knew how to overcome failures and believed their goal.

Thus, in fact, behind many works there are many hours of training, attempts, failures, tests and especially perseverance, determination and a lot of faith and will.

Many do not know this, but the balloon dog you see in the picture is the fifth version of this dog! Before this dog I created four more dogs, from which I was not satisfied. I created, examined what came out, threw it away, and created a better version, again and again. This way, the process of making this dog actually took about 5 hours for the dog’s face only!

Behind the scenes of the shooting day

For the photo shooting day we met at Ilan’s apartment. Ilan arranged the set, which included a stainless steel table on which we sat the dogs.

Unlike the stories I hear, the dogs did not really respond to the balloon dog, and were not really enthusiastic about it or tried to lick it (:

However, the balloon dog was not taped to the table, and one of the challenges we faced was to get the balloon dog to stay in place, while his face was front-facing the camera (because the real dogs moved all the time, and they were actually responsible for kipping the dog in place).

The entire process took about an hour. during the whole time Ilan kept calling the dogs by their names and giving them candies for having stayed there for so long (:

At the end, dozens of photographs were taken, from which we chose the picture that finally became famous.

Here are two more pictures taken in the same day, which were never exposed, and are presented here for the first time 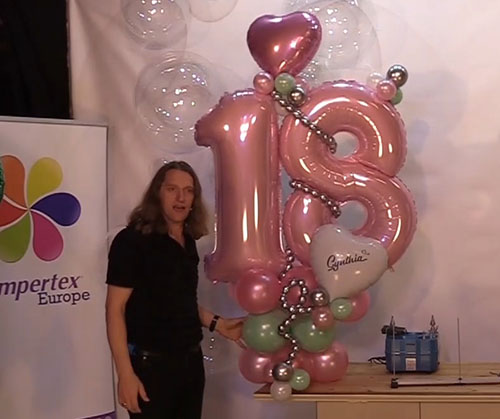